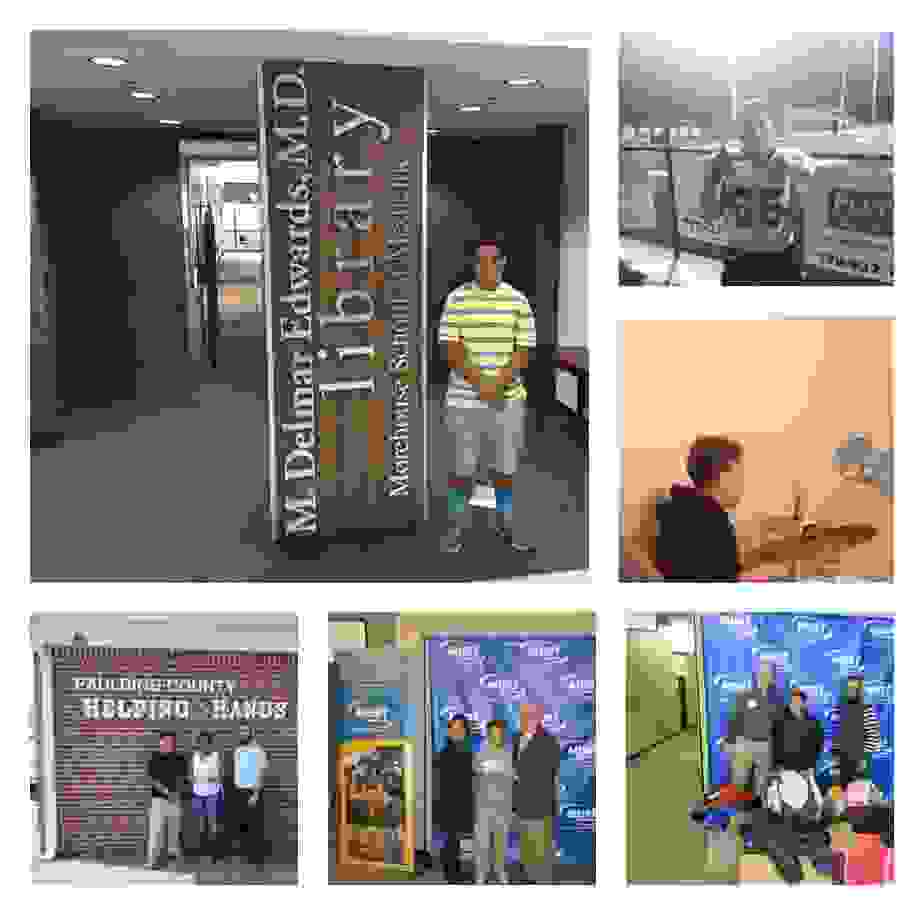 Kobi is a senior who has a 4.0 GPA, who attends Paulding County's Magnet High School, and whose passions include playing football, skateboarding, playing the drums, and helping the homeless.​ When Kobi is older, he wants to become an Anesthesiologist, Biotech Engineer, and/or a football player

When Kobi was eight years old, he and his family moved to Georgia from Maryland. After arriving in Georgia, Kobi witnessed a sight that has forever changed him. He noticed, while riding in a car with his family, many homeless people sleeping under bridges in Atlanta. This sight was very disturbing to Kobi. He had never seen anything like this before and he knew something had to be done to help them. However, at that time, Kobi didn’t know he was able to make a difference. Fortunately, Kobi now realizes that he is able to make a difference in the lives of the homeless.

Kobi hosted his first ever “Hooping for The Homeless”Fundraiser on October 18, 2015. His minimum goal was to raise $100 and donate 100% of the proceeds to a nonprofit that is committed to helping the homeless. However is ultimate goal is to raise $10,000. Any money raised over the $100 goal will either go to the same nonprofit or another nonprofit(s), of Kobi's choosing.

Even though the "Hooping for The Homeless" event is over, for this year, Kobi is still accepting donations.


Please help Kobi with his cause to help the homeless.
​


Click the donate button, at the bottom of the page, to donate to Kobi's cause.​​


Below are the pictures from Kobi's event. After Kobi raises all of the money and presents his donation(s), the pictures of his giving will be shown also. Below the pictures will be the recipients of Kobi's giving, including the date, location, and donation amount.

Copyright © 2021 Ties That Make A Difference - All Rights Reserved.